Before we dive into our assessment of Dreamfall Chapters’ finale, a few bits of housekeeping. You can catch on what we thought of the previous episodes with the following links – Book One: Reborn Review, Book Two: Rebels Review, Book Three: Realms Review, and Book Four: Revelations Review. As with all our episodic reviews, we won’t be scoring this specific episode but we will be publishing a full season review in the very near future, so stay tuned.

Right then. Let me take a deep breath, and let’s do this thing.

In a way, I’ve dreaded the arrival of this moment. We’ve known all along that Book Five would mark the end of the Dreamer Cycle, but recently Red Thread Games announced that it would now also bring The Longest Journey saga to a close. Seventeen years of exploring the twin worlds of Stark and Arcadia – of science and magic – seemingly at an end. To think I will never learn more about its cast of charming and entertaining characters saddens me, but if this is the last we see of it (and you can bet I’ll be chewing lead writer Ragnar Tornquist’s ears off on the subject for years to come) I’m just happy it ended in such a satisfying and connected manner. 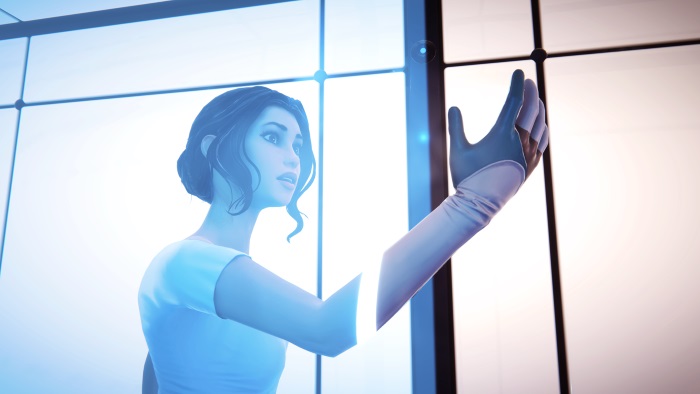 With Redux tying up all the remaining narrative threads, it was clear there was never going to be the same level of freedom Books one and two had, but I did enjoy what was there in the four hours it took me to complete it. The few puzzles dotted throughout the relatively linear march the finish line weren’t too taxing, and what conversation choices were left to make (or previous decisions left to unfold) felt like they were more decorative than effective in retrospect. It’s now clear that the grander narrative divergence occurred early on in the series, allowing players to forge their own path before heading to the same finish line.

If you’ll pardon my terrible analogy, everybody may know the tune and words to a song but that doesn’t mean they will all sing it in the exact same way.

Marcuria may have been reduced to the smallest explorable space we’ve had in from the series, but the ambience created by RTG by once again evolving the space was superb. The mixture of debauchery & tension from the citizens, along with the Azadi soldier’s overall apathy towards it all, was only bested by Kian’s observations. His bluntness reminds me of Drax the Destroyer taking everything at face value, which only made his scenes better. Likewise, Enu shone yet again thanks to her adorable rambling. 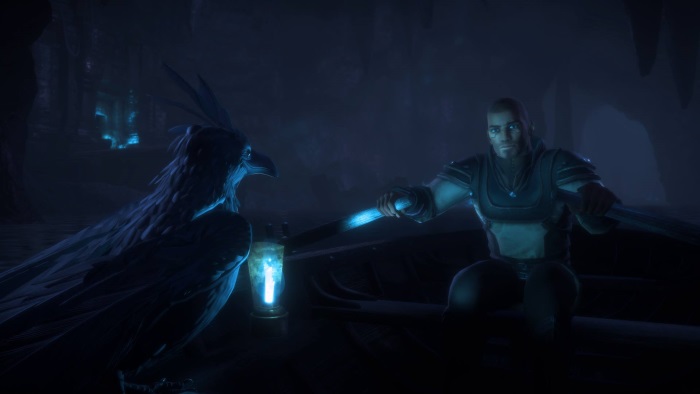 Zoe may not have covered as much ground as Kian this time, but her emergence into the end-game was well paced and filled with nostalgic nods. I did feel her final showdown lacked in interactivity, though. It’s almost certainly another example of RTG needing to bring 17 years of story to a close, but I feel fans will forgive the focus on the narrative this time. It’s in this regard that Book Five gets it very right for both Kian and Zoe.

In fact, most of the final few hours were expertly crafted. From the emotionally charged surprise twists, to the way incorrect puzzle solutions would play out (seriously, there was one moment where I actually applauded the game for punishing my failure), the tension of who would make it to the end had me on edge throughout. Despite predicting one of the big-bads in the end, I must commend how the writers managed to weave a number of unexpected elements into the final confrontation.

The finale also sees Saga come into her own in a delightful way, but her contribution also highlights an underdeveloped side to the series. By this, I mean that much of her growth happens off-screen and her knowledge of the overall situation left unexplained. There are hints left for players to interpret, of course, but it’s just a shame that we will (probably) never experience Saga’s own journey first hand. To discuss it further would take us into spoiler territory and we’re not going down that route in a review, but the point is that for someone so interesting and important to the narrative I would have liked to have spent more time with her.

I do feel like a broken record with my next complaint, but I really hope the audio levels are cleared up for the complete version of DFC. They continue to fluctuate outside of direct conversations in Book Five, and I was frequently plugging in my headphones to ensure I didn’t miss anything important. Other than that, I found Book Five me to the least buggy instalment I had come across, which bodes well for the planned complete version (and upcoming PS4 port.) 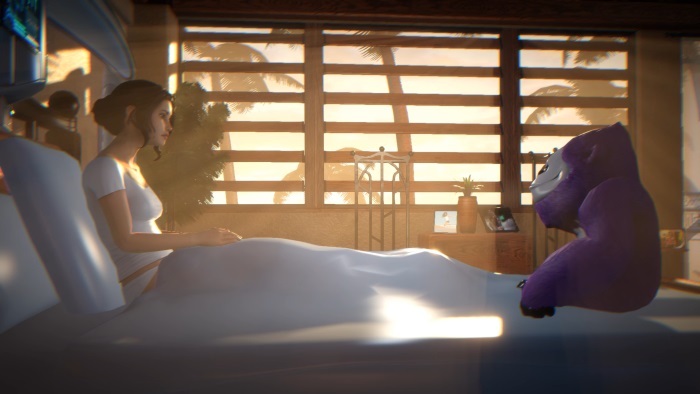 And so I sit here contemplating ways to close this review, feeling a little empty. After all, I’ve just finished a story that has taken seventeen years to be told. The emotional rollercoaster that has been The Longest Journey saga has been exhausting for me as a player, so I can only imagine how the team at Red Thread Games feel right now. As a stand-alone episode, it is certainly the better than Books Three and Four, but it doesn’t reach the heights of the spectacular first two episodes. As an ending, though, it manages to bring satisfying closure to a series I never wanted to end. Not yet, anyway. I think that’s my biggest problem – there was so much more story to tell with this universe.

Anyway, I think the most important point I can make as a fan of the series is this – I held it together throughout the entire game, but the final scene wore me down and eventually got me. If that’s not an indication of how good an ending it is, or how the story has affected me over the years, I don’t know what is.

Book Five may have been more about reaching the conclusion than making choices, but a few unexpected twists in both the plot & gameplay make the last leg of the journey an eventful one. Ultimately, Redux delivers an emotionally satisfying finale to one of the greatest and most diverse stories told in adventure gaming.

We do not score episodic titles unless they can be purchased separately as standalone games, or at the reviewer’s discretion. A score will be assigned to the entire season once complete.